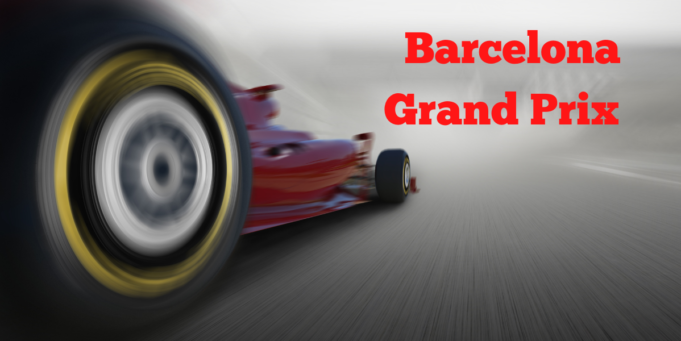 Formula One returns to Barcelona in this weekend

This weekend-today, Barcelona will witness another thrilling race of this Formula 1 season. Circuit de Barcelona-Catalunya will welcome the participants after they battled out on the Portimao track in the Portuguese Grand Prix recently. The Spanish Grand Prix will be the fourth round of this season.

The schedule of the event is as followed-

10.45am: Spanish GP Practice Three (session starting from 11am)

The veteran driver finished behind team-mate Valtteri Bottas in the qualifying round missing pole position. He was overtaken by Bottas and Red Bull’s Verstappen in the final race for sometime but ultimately finished in first position with some fantastic wheel-to-wheel and shrewd in tyre management. This is Hamilton’s 97th championship in his illustrious career.

Max Verstappen was disappointed as he made a mistake in the qualifying round and fell foul of track limits by running wide. He missed the chance by another error in the final race as his tiny error allowed Lewis Hamilton to overtake him from behind.

He finally finished at second place with a nice move on Valtteri Bottas, who performed admirably and finished third. Sergio Perez of Red Bull finished in fourth position after a close competition with McLaren’s Lando Norris. Norris started brilliantly at Portimao running fourth for eight laps after the restart.

He was overtaken by Perez due to his faster Red Bull car at the end. Charles Leclerc of Ferrari finished in sixth followed by Alpine’s Esteban Ocon and Fernando Alonso. Red Bull Team Principal Christian Horner lamented that track limit rules have been ‘brutal’ for Red Bull. Red Bull was hyped as pre-season favorites but they found themselves beaten by Mercedes in both the drivers’ and constructors’ standings.

Red Bull is currently 18 points off Mercedes in the constructors’ standings. Horner also stated that to beat Mercedes as well as Lewis Hamilton, both the Red Bull car and Max Verstappen have to be perfect. Any errors will see them fall behind.

The difference between Hamilton and Verstappen is eight points, which is not much. Amidst this, Red Bull will surely look to step up their performance in Barcelona.

Want to enjoy the thrilling Barcelona GP from the comfort of your homes? Keep a tab on the following live stream details.

F1 TV is the official broadcaster of the F1 championship along with F2, F3 and Porsche Supercup. The subscription prices vary in different countries, with it being USD 79.99 in the US along with a 7-day free trial!

How to watch the Barcelona GP live stream in the UK?

Sky Sports is your go-to option to watch the most thrilling Barcelona GP from the UK. You can watch the live stream of the entire event on the Sky Sports streaming app service called Sky Go. Alternatively, you can subscribe to the NOW TV Sky Sports daily, weekly and monthly passes that come at 9.99 GBP, 14.99 GBP, and 33.99 GBP respectively. The same pass for mobile devices is priced at 5.99 GBP only!

How to watch the Barcelona GP live stream in the US?

There are thousands of people who are the fanatics of high-octane races and F1 championships in the US. If you too are a fan of the chequered flag and the super drivers battling it out in their mean machines, you can use the ESPN channel or the ESPN+ OTT streaming service for live-stream action. The price of the ESPN+ OTT streaming app is just 5.99 USD per month. Alternatively, you can use the fuboTV and Sling TV bundles to access ESPN’s content. Both offer a lucrative 7-day free trial. While fuboTV packages start from 64.99 USD monthly, the Orange and Blue bundles of Sling TV separately cost 35 USD per month.

How to watch the Barcelona GP live stream in Canada?

For the Canadians, the Barcelona GP is available for live-stream via TSN (English language coverage) and RDS (French-language live-stream coverage) Direct. Both these are priced at just 4.99 CAD per day, yet availing of the 19.99 CAD monthly subscription is a wise decision.

How to watch the Barcelona GP live stream in Australia?

The Aussies can either go for the paid-for TV network FOX Sports to enjoy the Barcelona GP or subscribe to the latest offering called Kayo Sports that costs a meager 25 AUD per month.

How to watch the Barcelona GP live stream in New Zealand?

For the Kiwis, providing a subscription of 19.99 NZD and live-streaming through Spark Sports is a holistic option!

How to watch the Barcelona GP live stream from anywhere in the world?

You can take the help of premium VPN services like NordVPN, ExpressVPN, and CyberGhost to live-stream the Barcelona GP even if your location is under a geo-block.

How to watch the Barcelona GP live stream using Reddit and other social media?

Reddit is one of the best options to watch the Barcelona GP. You have to download the free app, sign up, log in and find the relevant subreddit that contains live-stream links for free streaming and haven’t been flagged. For Facebook and Twitter, you can visit the official handles of F1 to live-stream the race or get any relevant information.

The NFC East Championship: Preview Of Franchises, Their Chances Of Division Title In NFL 2021 Season