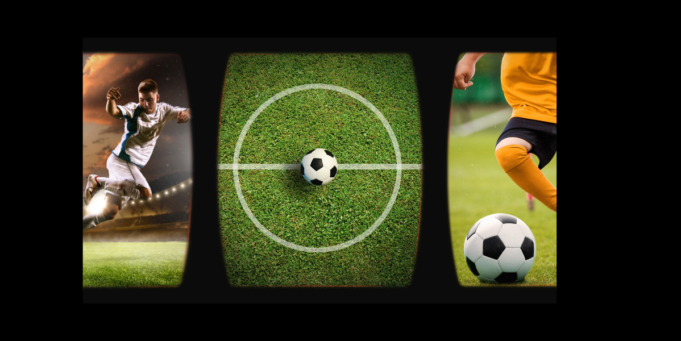 The 2021 Coppa Italia is the 74th edition of this prestigious football cup competition. Juventus and Atalanta will play against each other in the final. This has been a strange season for Italian football as all the matches have been played behind closed doors. There has also been a huge fixture congestion due to the short length of the season. According to recent reports, 4700 fans, 20% of total seating capacity of the stadium, will be allowed to attend the Coppa Italia final. This news was also confirmed by undersecretary of Health Andrea Costa previously following an official request by FIGC. In this context, it will be a rare event in this football season.

The 2021 Coppa Italia Final is scheduled to be held at 21.00 CEST on 19th May. The match will be held at Mapei Stadium-Città del Tricolore, Reggio Emilia.

Juventus and Atalanta in the recent history of the competition:

Road to the Final:

Juventus defeated SPAL in the quarter-final while Atalanta won against Lazio. Atalanta then defeated defending champion Napoli in the semi-final. Juventus meanwhile defeated Antonio Conte’s Inter Milan, already crowned champion of Serie A this season, in the semi-final for their 20th appearance in the final of the competition.

Atalanta has already clinched their spot in the Champions League next season with their 3-2 victory against Genoa as they stand with 78 points after 37 matches in Serie A. If they win against AC Milan in the last match, they will finish second in Serie A. Juve might hope that Atalanta will indeed defeat Milan on the final day of the season as they still stand fifth, one point behind AC Milan in the last Champions League spot. Recently, they secured a dramatic 3-2 victory against league champion Inter but also has recently been defeated 3-0 by AC Milan. Juventus will play Bologna on the final day. If Milan wins against Atalanta, then Juve has to depend on Napoli, who is also one point ahead of them in the league table. If Napoli doesn’t lose any point on the final day against Verona, Juventus won’t qualify for UCL 2021-2022 even if they win against Bologna. In this context, Pirlo and his team will be eager to bring Coppa Italia to Turin as this is their only chance for a trophy this season after a nine-year reign in Serie A. The Coppa Italia will be Gasperini’s first trophy as manager of Atalanta, who despite clear progress in recent years hasn’t won any silverware.

Rai is the national broadcaster and live-stream partner of the Coppa Italia across Italy and some other European countries. Thus, it is quite natural for it to be the fastest live-stream option. Apart from Rai, there are other live-stream options like the OTT streaming service ESPN+, providing super-fast access to live sports content at just 5.99 USD per month. But if you don’t want to go the traditional way and cut the cord, you can do so by choosing some on-demand, live, tv-streaming services that you have to subscribe on a monthly or a yearly basis and can even have extra benefits like simultaneous live-streams over multiple devices and content storage options.

For the Coppa Italia Final 2021, you have several cheapest live-stream options that don’t empty your credit and debit cards and still let you watch your favorite football content with the top-flight Italian clubs competing against each other for a coveted silverware.

How to watch the Coppa Italia 2021 final in Italy:

National broadcaster, Rai, has the right to live coverage of Coppa Italia. Rai offers a completely free and open online streaming platform for the broadcast of the final. So, anyone residing in Italy can follow exclusive coverage free of cost on the said platform. Any Italian residing abroad may also use VPN like ExpressVPN, NordVPN to tune in to the live coverage of the Coppa Italia Final. VPNs offer a very accessible and comfortable platform to access contents in this way. Another advantage of these VPN services is that these are compatible with many of the streaming services including Amazon Fire TV Stick, Apple TV, Xbox, Playstation as well as Android smartphones.

How to watch the Coppa Italia 2021 final in the UK:

BT Sport has the exclusive right to broadcast Coppa Italia in the UK. The final can be viewed in BT Sport online either through its website or through the BT Sport App. The BT Sport App is compatible with Apple as well as Android smartphone devices. It is also compatible with consoles like Apple TV, Now TV devices and select Samsung Smart TVs. BT Sport also provides options for a Monthly Pass option. This gives one access for 25 GBP and it may also be cancelled according to the person’s discretion. Apart from this, if you are an existing BT TV subscriber, you can get access to the BT Sports pack at just 10 GBP extra and if you are an existing BT Broadband subscriber, you can get the same by paying an additional 16 GBP monthly.

How to watch the Coppa Italia 2021 final in the US and Canada:

How to watch the Coppa Italia 2021 final in Australia and New Zealand:

How to watch the Coppa Italia 2021 final in India and elsewhere:

In India as well, there is no official broadcaster for the Coppa Italia. Anyone interested in watching this high-voltage fixture can download premium VPN services like NordVPN, ExpressVPN, CyberGhost, etc. These services will allow you to watch the match even if you are residing in any country with geo-block on the live coverage or a country without any official broadcaster. Express VPN is the most recommended service in these matters due to its ease of access as well as compatibility and speed.

Rai is a free, and open online live-streaming platform that will live-stream every scintillating action from the Coppa Italia 2021 final. But it is just for the people in Italy and some other countries across the world.

However, social media platforms like Facebook, Twitter, and others offer free live-streaming options for such exhilarating footballing actions. You need to keep a tab on such platforms to watch the live stream of the Coppa Italia 2021 final without incurring any subscription charges!

Social Media live-stream options with a focus on Reddit:

People interested to watch the final without paying anything also have good options for watching it. Reddit is the ideal site to look for information regarding live coverage like this. As many of these live stream sites are continuously blocked by official broadcasters, one may have to follow the thread continues to have those options instantly. One needs to create a free reddit account in the app. Then, they can search for appropriate subreddit groups. These groups continuously upload various options for free live streams. People may go find suitable links and enjoy all the exclusive actions for free.

Now that you have a holistic guide of all the live-stream options, enjoy the Coppa Italia 2021 final from the comforts of your home. Will it be the Old Lady of Turin that will be laying its hands on the silverware in an otherwise barren season? Or will it be the La Dea giving their already superb season a more complete round-off? Let’s stay tuned to find out!