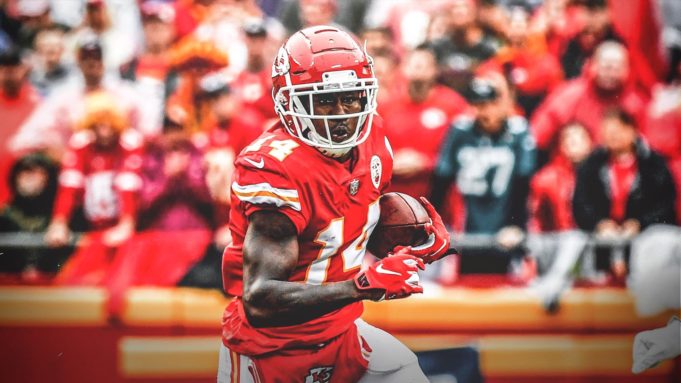 The 2020-21 European Rugby Champions Cup tournament started back in December 2020. The final of the tournament is set to be played on 22nd May. The final will be played at Twickenham stadium and the match starts from 16.45 in local time there. A limited number, 10,000, of fans will be permitted to watch the match.

The finalists- A preview of the clubs meeting each other for the final showdown:

Two French clubs will play amongst themselves for European glory this year. One of the clubs is the European heavyweight Toulouse. They are a French powerhouse in the world of rugby and have won the trophy four-times previously. Their first European cup victory came back in 1996. They then marched on to subsequently win the tournament in 2003, 2005 and 2010.

Meanwhile, La Rochelle is considerably novice in their experience in top European competition. This is their first Champions Cup final appearance. They have previously only been able to reach the quarter final stage of the competition. They lost in the 2019 Challenge Cup final against ASM Clermont Auvergne. However, being a first final appearance, La Rochelle is expected to give it their best shot.

Performance so far- Road to the final:

Toulouse’s performance this season has been a display of a mixture of grit and flair. They defeated Irish provinces, Ulster Rugby and Munster Rugby, in the first part of the tournament. Then, they defeated ASM Clermont Auvergne. In the semi-final they came up against Bordeaux-Begles.  They defeated Bordeaux in the semi-final at the Stade Ernest-Wallon. Their 21-9 victory there secured them their first Champions Cup final appearance since 2010. Ugo Mola’s side showed considerable resilience to win the match as Bordeaux took leads twice in the first through their captain Matthieu Jalibert. La Rochelle’s history could not reflect their convincing display in this year’s tournament. They have defeated heavyweights teams in their journey to the final. Their previous opponents in the tournament included teams like Edinburgh Rugby, Gloucester Rugby and Sale Sharks. They had a definitive victory against traditional European heavyweights Leinster at Stade Marcel-Deflandre. They stunningly dismantled four-time European Champions to secure their first ever appearance in the Champions Cup final.

Players to look out for:

Gregory Alldritt of La Rochelle leads the competition in terms of carries(59) and their best player, Will Skelton, has performed splendidly through-out the tournament. They also have considerable European experience among their coaching staff which includes Munster legend Ronan O’Gara and former Leinster coach Jono Gibbes. This will certainly be useful against a team like Toulouse in the final. Toulouse winger Matthis Label made a splendid try in between Bordeaux’s score. Apart from Lebel, Toulouse’s Antoine Dupont has performed splendidly in this season. Considering his level of performance, he has already been nominated for EPCR European Player of the Year. Romain Ntamack is the most creative player for Toulouse. He sits at third position in the points scored chart for the tournament.

There are a host of options to live stream the exciting European Rugby final match on 22nd May. Among them, three of the most-preferred and choicest options could be-

BT Sports App is the fastest livestream option available for the final as BT Sports is the official broadcasting partner. Apart from this, some other options deliver good contents within the same subscription charge at impeccable streaming speed and vivid quality.

How to watch the live stream of the European Rugby Champions Cup Final in the UK?

BT Sports has the right to broadcast the final match in the UK. BT Sports app is compatible with a range of devices including mobiles, tablets, consoles and smart TVs. This will let you stream the Rugby Final on any of the devices of your choice. The monthly BT Sports pass costs 25 GBP. Channel 4 is also listed in the official website as a possible alternative to watch the Final on television in the UK.

How to watch the live stream of the European Rugby Champions Cup Final in Ireland?

How to watch the live stream of the European Rugby Champions Cup Final in the US?

NBC has the right to official coverage of the final match in the USA. The match will be available to watch on NBC’s new streaming platform Peacock TV. It offers a 7-day free trial period, which will give the opportunity to watch the match for free on the platform. Peacock TV costs 4.99USD per month for an ad-supported service. It gives access to various sports related contents alongside TV series and movies. It is a new and great platform for holistic family entertainment. Without ads, the platform costs 9.99USD per month.

How to watch the live stream of the European Rugby Champions Cup Final in Australia?

beIN Sports Connect also offers a stand-alone subscription for 19.99 AUD per month. There is a two-week free trial period, which can be taken advantage of in this context.

Apart from that, Kayo Sports also offer live coverage of the Final. One can watch the final without paying anything there as Kayo Sports offer a free 14-day trial. If you wish to continue the subscription, you need to pay 25 AUD per month.

How to watch the live stream of the European Rugby Champions Cup Final in New Zealand?

Sky Sports has the right to live coverage of the Final in New Zealand. Sky Sports is available as part of a range of TV packages. People with a subscription can watch the match on Sky Go service while anyone else has to watch it on streaming-only Sky Sport Now platform. Weekly pass on the platform costs 19.99 NZD.

How to watch the live stream of the European Rugby Champions Cup Final in a host of other countries?

The official website of the final lists the channels on which the final will be available in various other countries. These are as follows:

How to watch the live stream of the European Rugby Champions Cup Final outside your home country?

People residing outside their home country don’t need to worry about watching the final. The match can be easily viewed with a subscription in one’s home country. There are a host of premium VPN services like NordVPN, CyberGhost, ExpressVPN, which allow you to mask your IP address, override your geo-block and tune into your favorite program of your home country without any hassle. ExpressVPN comes highly recommended in this context due to its easy accessibility as well as superb service.

Free live stream options with a focus on Reddit:

People with Reddit accounts may go to Reddit and need to search for a suitable subreddit for European Rugby Champions Cup 2021. This will give access to a host of live streaming links. But one needs to stay there during the match as many of these links are continually flagged one by one by official broadcasters. So, one has to change accordingly. But don’t be anxious! There are a host of free live streaming sites and well-meaning individuals continually update with the latest working live streaming links.

How To Watch Portugal vs Germany Live Stream Guide