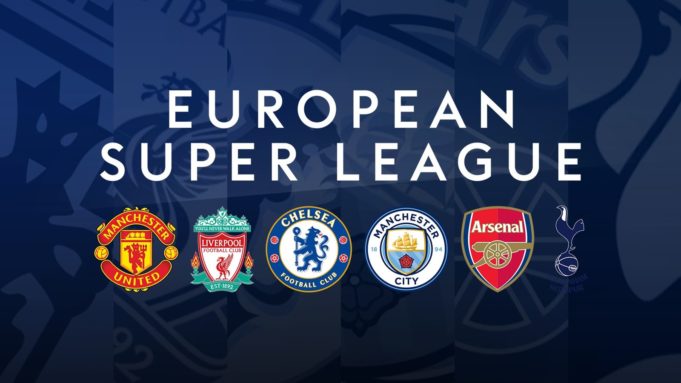 The Concept of the European Super League was touted to be legendary and radical according to Fiorentino Perez, the main brain behind this contest. But just as the rise was too meteoric, it met with a flat fall within a couple of days amidst fan protests, executive step-downs and football stars standing strong against the idea. Let’s track this breaking news from the grand start to a premature finish.

Commercialization of football started a long time ago. The young audiences now have been born into this highly commercialized spectacle like football with foreign business tycoons holding the fate of their clubs. Whether this had been good or bad is a matter of debate, but in the general sense, the European football structure has been seen as legitimate and just with rules for qualification in the top tournaments laid down and equal for every club. Financial issues and concerns have conditioned the performances of the clubs in domestic and European competitions but they were always behind-the-scenes on the field. The display of any team on the field solely decides the merit or absence of it.

But this apparently has become too much for the financial executives at the top of heavyweight clubs’ hierarchy. They have grown distrustful or impatient of the game which doesn’t provide them with guaranteed opportunity for profit-making, which is their ultimate aim. So, they have asked for a god-given right to organize and play among themselves a game resembling football in a planned European competition.

The competition is to be called European Super League because only super clubs can play it. Which are these super clubs? In total, 12 clubs have supported it except any club from Germany and France. These are Juventus, Inter Milan, AC Milan, Real Madrid, Atletico Madrid, Barcelona, Manchester United, Manchester City, Arsenal, Liverpool, Tottenham Hotspurs and Chelsea.

Juventus, a glorified old age home, is a prime supporter of this initiative. It is not very unusual for a club who has not won the UEFA Champions League in distant memory despite spending heaps of money. Another club supporting this initiative is Arsenal, basically a mess of clubs, who have not qualified for European competition in the Premier League standings in recent years. Manchester United is also there with their owner Joel Glazer eager to support the initiative. Again, it is painfully clear for any supporter of the club why he might have done so. Glazers, whom the fans adoringly called ‘Leeches’, basically thrived by sucking money out of the club to service their huge debts that they incurred while buying the club. They don’t have any intention to develop the club and if the club has thrived for any period under their ownership, it was perhaps by accident or dedication of their footballing staff, not conscious planning of the owners.

Real Madrid and Barcelona have obviously supported the plans as expected. Real Madrid is a club which has always aimed European Competitions for glory. They will not stay out of any initiative such as this which reduces competition and didn’t have any chance of them being beaten by Ajax perhaps. And Barcelona will do anything for money now given their financial situation right and may also to avoid another meeting with Bayern Munich in near future. Probably, the most surprising inclusion of the clubs supporting the initiative is Tottenham Hotspurs who last won top level European tournament in the year after Cuban Missile Crisis or when Pele was playing for Brazil. Even Tottenham Hotspurs wants a god given right to European competition.

Stage 2: Ex-footballers and fans show dissent against the the concept of a Super League initiated by the top bosses

This above all proves the futility of the planned tournament and the nauseating elitist cartel mentality associated with it. People like Gary Neville, Rio Ferdinand, Alex Ferguson have spoken against such initiative. Ferguson termed it as an end to European football culture. Jose Mourinho has been sacked by Spurs which many alleged came as a consequence of his reluctance to support the club in the Super League. European football is nearing a decisive moment as of now as the Premier League and UEFA announced strict action against any club and player participating in such competition. Whether they will be successful to tame the hunger of finance capital and its grips on the best football clubs of Europe is a matter of future. But the fans of all these clubs have called for concerted action against such money-grabbing practice. They are probably the only hope European football has now.

The plans for so-called ‘European Super League’ is coming to a premature death in the face of almost unanimous opposition put forward by players, pundits, managers and above all, the fans. Such broad-based solidarity surrounding European football was thought to be a matter of past but it was evident in the widespread disaffection and criticism of the plan by various people and institutions including the British Royal family, Prime Minister Boris Johnson and several of the British, Spanish and Italian MPs. Fans have led the popular protests with subtle but growing encouragement from players of various participating teams.

Zlatan Ibrahimovic stated that he had no intention of quitting the national team for playing in the Super League. He proclaimed that there would be no lack of clubs to play for players like him. Incidentally, FIFA and UEFA both have indicated  expulsion of any persons or institutions in arrangement of such breakaway football league from National level competition such as World Cup and Euro respectively. Bruno Fernandes in instagram story shared his national team-mate Daniel Podence’s post on Champions League proclaiming ‘Dreams can’t be bought’.

There are rumors about a heated discussion between the United hierarchy, especially Ed Woodward, with first team players. Harry Maguire as captain of the first team has led such a discussion with Luke Shaw, who returned to the national team some days earlier, putting forward a strong opinion. Marcus Rashford also came out and posted a cryptic message in twitter reminding the statement of Matt Busby about football being nothing without fans. United legend Eric Cantona also voiced a similar opinion. Gary Linekar, Jamie Carraghar have also voiced strong opinions against proposals of Super League with Carragher calling for a united resistance alongside Gary Neville.

There were fan demonstrations going on in front of various clubs. Manchester United fans came in front of Old Trafford denouncing any Super League plans as well as Glazers and Ed Woodward hierarchy. Liverpool saw one of the biggest protests with many fans assembling and voicing their protest against Super League. The Chelsea team bus faced a roadblock in Fulham when fans blocked the road and sat down in protest. Petr Cech had to come to negotiate with the crowd for the ultimate passage of the bus.

Subsequently, Chelsea was the first to withdraw from the Super League. This initiative was followed by Manchester City, who has also withdrawn from any further participation in Super League. Kevin De Bruyne took to twitter to post a personal statement emphasizing as a footballer he has the highest value for competition and any league without competition is abhorrent. Jordan Henderson, James Milner and Alisson Becker all posted a consensus statement on behalf of their squad denouncing the proposed Super League as unjust and notifying the fans that the players weren’t consulted in such decision making. Barcelona and Atletico Madrid have also withdrawn from the Super League. All the six premier league clubs have been reported to be at various stages of withdrawing their names in latest reports. The fallout has resulted in the resignation of Ed Woodward from the post of Chief Executive of Manchester United while Andrea Agnelli has stepped down from the top position of Juventus. The recent two-three days have been tumultuous in European football with an insidious threat to its overall structure being ultimately defeated in front of an united front of fans, players, ex-players and journalists alongside UEFA and FIFA.