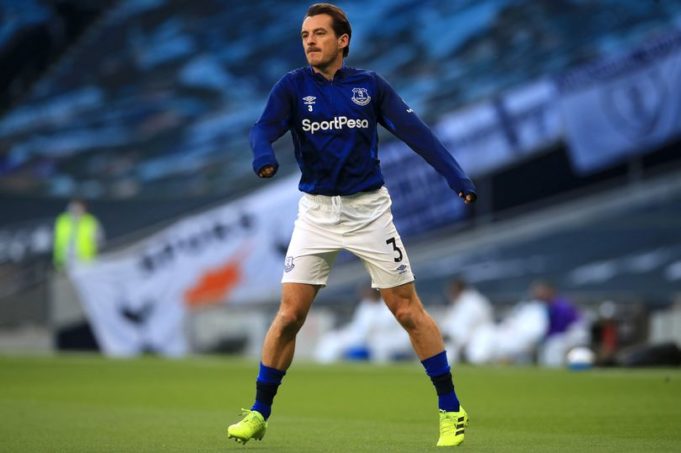 Leighton Baines who is the defender for Everton has said that he will retire from professional football. The 35-year-old ended his 13-year tenure at Everton. It was a childhood dream for him to play for the club which he has fulfilled. Baines is regarded as one of the best-left backs in the history of the club.

Baines played his last match against Bournemouth which was the final match of the premier league. Everton lost the Sunday’s match with a final score of 3-1. In the past 2 years, Baines had to play a supporting role to French international Lucas Digne.

He was expected to extend his contract by signing and stay in the team for the next season but Everton immediately declared that he has retired.

In 2007 Baines came to the Toffees after leaving Wigan Athletic. He appeared in 420 matches with 39 goals. Some of the goals he scored were stunning freekicks or with his sure shot hit from the penalty spot.

Baines was named player of the year

He was the player of the year for Everton three times and at the age of 25, he was the player with the most number of matches played by a European player alongside Leon Osman. He also played 30 matches for the England national team, he also appeared in the World of 2014 played in Brazil and played a staggering 583 matches for the club.

This year it will be the end of the premier league for Everton and Baines appeared a total of nine times in all tournaments in 2020. He played in the second of the match at Goodison Park.

Tributes were given by Ancelotti for the defender and said that Baines can stay at the club after his retirement in a non-playing capacity.

After the match, the boss of the club said that Every fan of Everton must be grateful to Baines. He set an example for the members of the team and had a fantastic career. The club wants him to be with them as his knowledge is very valuable but he has to make his decision in the next few days. He was one of the consistent defenders to have played in the premier league.

He made his England debut in 2010 and went on to play in 30 matches also playing in the 2012 European Championship. Baines last scored a goal for Everton was against Leicester City in the Carabao Cup.