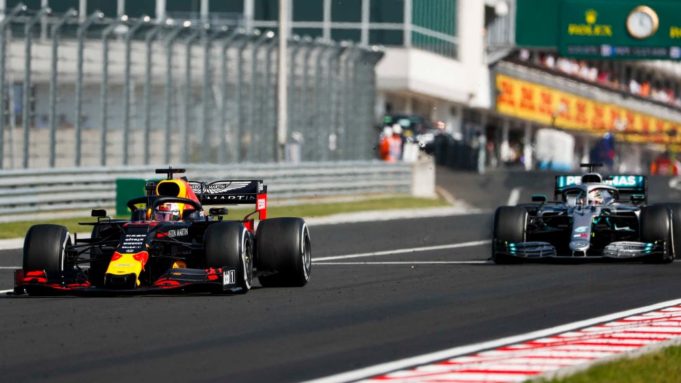 Formula 1 posted a huge loss in 2020 as the Covid -19 pandemic impacted revenues. Liberty Media released full-year financial results which reveal that F1’s income was decreased by 44% compared with the previous year. Overall revenue crashed from $2022 million in 2019 to $1145 million in 2020. The modest profit of $17 million in 2019 has turned into an operating loss of $386 million in the last season after the teams’ payments. The total payments shared by 10 teams also took a downward turn from $1012 million in 2019 to $711 million in 2020. Team payments in 2020 included one-time fees paid to teams upon signing the 2021 Concorde Agreement. Broadcast revenue accounted for a bigger percentage of the primary income total, up from 38% to 55%. Advertising and sponsorship fees have also declined as races with specific title sponsors haven’t taken place.

You can watch most of this year’s races on ESPN and ESPN 2. These two networks will bring live-stream F1 action for the people in the US. Apart from these, F1TV is one of the best and cheapest options for catching the F1 action live online.

Ferrari boss Mattia Binotto conceded that the last season had been a disaster for the Scuderia. Speaking ahead of the unveiling of Ferrari’s new car next month, Binotto told the last year of disappointment. Ferrari had the worst season in 2020 since 1980 with the team having only mere 131 points compared to 500 points in the previous season. Ferrari came sixth in the constructor’s table with their worst ranking being 10th in 1980. Binotto emphasized that he knows that the previous year’s results can’t be repeated. He spoke of a team mentality, a drivers’ mentality to be the key to rejuvenation. 26 years old Spaniard Carlos Sainz has replaced four-time world champion, Sebastian Vettel. Sainz alongside Charles Leclerc is expected to bring a marked upturn in the team’s fortune. The lineup is Ferrari’s youngest since 1968.

Ferrari’s hope in this is primarily based on the SF21 car, which will be fitted with a brand new power unit. SF21 would be duly unveiled on 10th March two days before pre-season testing at the Bahrain International circuit. Binotto is also apprehensive about raising expectations to an impossible level. He conceded that there would be other cars like champions Mercedes, who would be very, very strong in the coming season. So, Binotto is hopeful to improve Ferrari’s standings in the new season but wary of other big teams’ capability. Binotto also spoke about the new car. He confirmed that based on the simulations that they ran and the power output of the dynamo and the drag felt by the car in the wind tunnel, they can recover a lot of speed on the straight lines. He particularly emphasized that Ferrari won’t encounter any setback because of speed in this upcoming season.

Mayweather vs Logan Paul News Fight Details And Other Information

How To Watch Mayweather vs Logan Paul Officially?