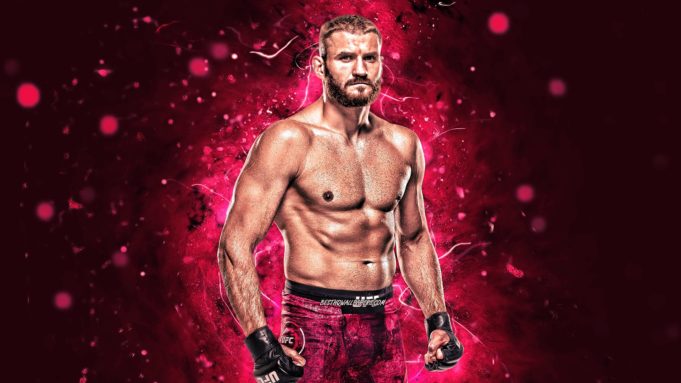 Set for the showdown against Israel Adesanya in UFC 259’s main event, Jan Blachowicz has already sounded confident. This MMA fighter hails from the city of Cieszyn, Poland. The 37-year-old mixed martial artist made his debut in the UFC ring in 2007. His luck did not favor him during his inaugural match, as the Polish fighter lost the game against his opponent Marcin Krysztofiak.

But Jan has been creating a rumble since his debut in the UFC. Known for his impeccable Brazilian jiu-jitsu skills and orthodox fighting stance, Jan has been knocking his opponents down with a cool head. Jan represents the lightweight and the light heavyweight divisions and has fought in superbly competitive matches to come out on top.

The UFC octagon has rarely seen such a spectacle as the ‘Prince of Cieszyn’! With a height of 1.88 meters, 93 kgs weight, and a reach of 198.1 cm, Jan has been blasting opponents inside the fabled octagon with his lethal punching abilities. With a TKO against Dominic Reyes in the UFC 253 light heavyweight championship, Jan Blachowicz has been the dominant figure in that division.

With his superb stability and balance that helps him recover easily, Jan has been sensational in his fighting career, boasting astounding stats of 27-8-0. His total career earnings have been 1,652,500 USD. His major earnings have come from MMA winnings and bonuses, though Jan holds an endorsement deal with Reebok which is reportedly quite pricey.

The win against Nikita Krylov enabled Jan to take home guaranteed money of 45,000 USD along with a winning bonus of the same amount and a performance bonus worth 50,000 USD. He also received a promotional bonus of 5000 USD. The event was a PPV on Fight Night 136 in 2018. Since then, there has been no looking back for Jan. He has continuously reaped a guaranteed sum of 48,000 and 50,000 USD on 4 occasions, along with the same amount of winning bonuses. Though the promotional bonus hovered at just 5000 USD, he got a performance bonus worth 50,000 USD a couple of times.

But the highest point in his career came at UFC 253 in 2020 where Jan made short work of his opponent Dominic Reyes. This big win granted him a guaranteed sum of 110,000 USD with the same amount as a winning bonus. Apart from grabbing the championship victory belt, Blachowicz also received a ‘performance of the night’ bonus of 50,000 USD and a promotional bonus of 10,000 USD.

With Israel Adesanya set to clash with the Polish behemoth, we have to keep a close tab on the fate of the UFC light heavyweight championship and the flurry of monetary gains for the victor!