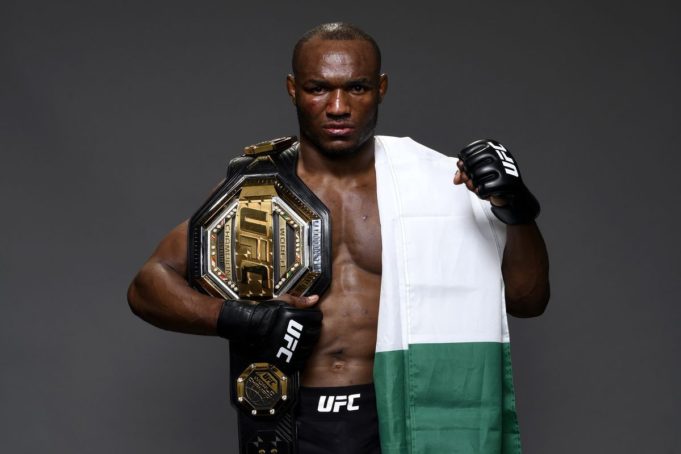 Kamaru Usman is a professional mixed martial arts fighter. He hails from Nigeria and made his career debut in November 2012. Before he signed the deal with UFC, Kamaru Usman performed with top companies in promotional fighting. In his debut fight, Usman defeated David Glover to register his first win of his professional. He rose to fame as a professional mixed martial arts star after he signed the deal with UFC in the year 2015. Kamaru Usman’s net worth as reported till December 2019 is estimated to be $2.5 million.

Before Kamaru joined UFC, he earned a career top money from the fight at the Legacy FC 27 when he faced Steven Rodriguez. As per reports, Usman pocketed a total of $14,000 from the fight, it was split $7,000 for taking part in the fight and $7,000 for his win in the fight. Later in his career in 2015 he joined the Ultimate Fighting Championship and which drastically improved his earnings.  He earned $20,000 straight money from his debut fight and earnings doubled after he received a bonus of $50,000 at the finale of TUF 21.

In the year 2015, Usman made an appearance in the two main events of UFC that were pay-per-view. In those, he earned a prize money of $125,000. In the year 2016, Usman fought against Alexander Yakovlev and won with a unanimous decision. He earned a total prize money of $42,000 for the fight. Things in Usman’s career changed, and he became the number one contender for the Welterweight title after his win against Rafael dos Anjos. At UFC 235 event, Usman fought in the main-card pay-per-view bout against Tyron Woodley and he was crowned the new UFC welterweight champion which he won with a unanimous decision. After the main-card event the salaries of the UFC fighters were announced, Usman got a career high prize money of $500,000 from that fight. In the year 2020, Usman’s first fight of the year 2020 was scheduled with Jorge Masvidal and he got paid a salary equal to UFC 235.

The above details are based on the UFC welterweight fighter Kamaru Usman which is collected from some of the top sources of the mixed martial arts. His earning information is based on the salary and the bonuses he earned from the contract with UFC.