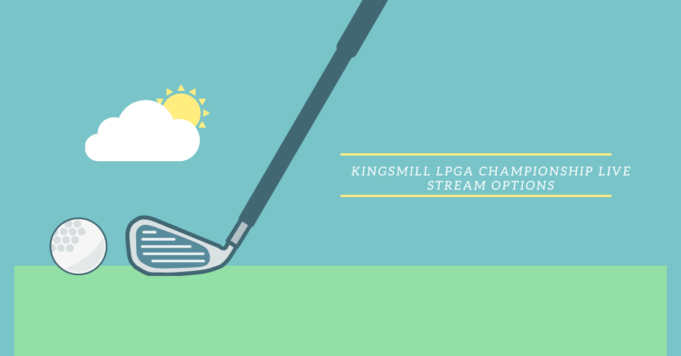 Kingsmill Championship starts from 20th May

The tenth tournament of this season’s LPGA Tour is set to start on 20th May. Pure Silk Championship is set to return to Kingsmill Resort in Williamsburg after a gap of one year due to the pandemic. The tournament is the first of 11straight weeks of the tournament through early August and holds critical importance for LPGA members, especially players earning their cards via Q-series.

There will be a ‘reshuffle’ of the priority list for the first time since the middle of 2019 based on CME points. So, 16th Pure Silk Championship, or Kingsmill Championship, is the last chance for many players to earn some critical CME points which may decide whether they will get the chance to play in the following various LPGA tournaments.

The purse of the championship is admittedly lower than many LPGA tour events. The purse of 1.3million USD is bigger than only from two events in this year’s LPGA calendar i.e. Tournament of Champions in Florida and ISPS Handa World Invitational in Northern Ireland.

But the participation in the tournament will be glittering with various star players of LPGA. Nine different players have claimed victory in the previous nine tournaments in LPGA tour events this year. Eight of them will be in attendance in the Kingsmill Rivercourse.

The tournament has always featured compelling sponsor exemptions in the past. This year, three players are selected on that basis to participate in the event despite not meeting regular qualifying criteria. These players are- Ana Belac, the first Slovenian player in LPGA Tour history, Hinako Shibuno from Japan and Gabriela Ruffles from Australia. Belac won the Symetra Tour’s Rookie of the Year and Player of the Year awards on the strength of her victory in the Carolina Golf Classic. Shibuno won the Women’s British Open 2019 and finished fourth in last year’s delayed US Women’s Open. Ruffels meanwhile finished among the top 15 at two professional majors as an amateur last year. So, the tournament will see a curious mixture of established professional players as well as new and raw talent. As a result, the competition will feature plenty of excitement for golf enthusiasts all over the world.

Amongst the best live-stream options to watch the LPGA Kingsmill Championship of 2021, we will try to give you a comprehensive round-off so that you can enjoy it from the comforts of your home. You can go with the various plans and prices that suit your bill.

The NBC Sports app offers a tremendous live-streaming speed when you go online to watch your favorite content, including the Kingsmill LPGA Championship. Apart from the NBC Sports app, golfchannel.com is also the premier destination offering one of the fastest live-streaming options to watch the best of LPGA Tour action. Other than these services, there are certain superb tv-streaming services that offer one of the fastest live-stream options:

Since NBC offers a broad number of packages with its golf package starting at 9.99 USD per month, it can be considered the cheapest live-stream option to watch your favorite sports content.

The Kingsmill.com official site is another good option to get the latest news, records, statistics as well as live-stream and on-demand content from the Pure Silk LPGA Championship from the Kingsmill Resorts. You can also take the help of holistic VPN service providers like NordVPN, ExpressVPN and CyberGhost to override any geo-block in your area that is preventing you from watching the best of LPGA tour action live.

Free live-stream options to watch the Kingsmill Pure Silk Golf Championship 2021 with a focus on Reddit:

There are not many in this regard. However, social media platforms offer comprehensive free live-stream options including Facebook, Twitter, etc.

Amongst all these, Reddit trumps its closest competitors with its free live-stream options. You can simply download the app, sign up, log in with your credentials and search for the relevant subreddits that showcase the action from the LPGA Tour championship. However, some of the links might be continuously flagged by the official broadcasters so you need to find the feasible links to live-stream the action for free!