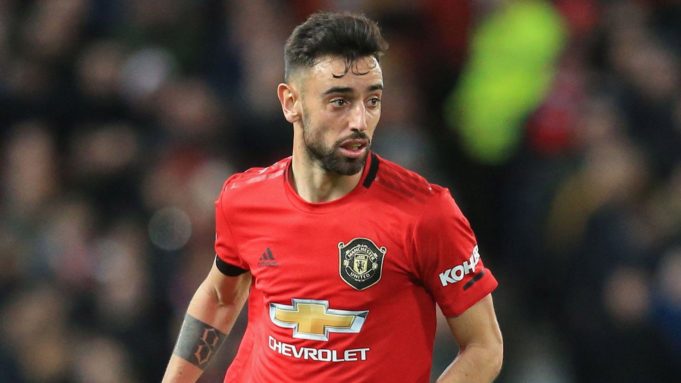 Apart from being voted for the best goal in the current Premier League season that is just about to end, Bruno Fernandes was recently voted for the prestigious Matt Busby Player of the Year, which is the highest honour available to an individual player in the Senior Manchester United Men’s team. Fernandes has won the trophy in the previous season also after coming in the Ole Gunnar Solskjaer’s Manchester United team in February. This fact attests to the impact he had on the current team. Red Devils fans hail his impact, comparing it with the impact Eric Cantona had on Alex Ferguson’s first title winning side.

Life and Professional career till 2019:

Bruno Miguel Borges Fernandes, the Red Devils’ ‘El Magnifico’ was born at Maia, Portugal in 1994. He started his professional football career at Serie B side Novara in 2013. From Novara, Fernandes moved to Udinese and then Sampdoria. But he became well known while playing for Sporting  CP. He joined them in 2017 and won two consecutive Premeira Liga Player of the Year. He scored 33 goals in the 2018-19 season for Sporting across all competitions to become the highest scoring midfielder across Europe that season. This attracted the attention of Manchester United, Chelsea as well as Tottenham Hotspurs to secure his signature. Ultimately, United secured his signature in January, 2020 for an initial payment of 55million Euros with another 21 million Euros in various add-ons. In his time with Sporting, Fernandes scored 39 goals in 83 matches while also being the most favourite player for the fans.

Fernandes signed United’s contract on 30th January after passing medical and other tests. On 1st February, he made his debut playing a full 90 minutes against Wolverhampton Wanderers at Old Trafford. United’s season was at jeopardy at that time with a top four finish increasingly seeming like a distant dream. But Fernandes’ advent changed the nature, the mentality and the confidence of the team. Fernandes is undoubtedly a player with quality but his impact in the current United team can’t be measured in terms of goal and assist contributions only.

He is the most vocal amongst the players, egging on the team and the one player who is always unsatisfied with the result, be it a victory or defeat. For a club like United, these qualities have been badly missed since the days of the legendary Ferguson era. Fernandes seems a happy nostalgia for United fans on that account, while also coming as the talismanic figure for the rejuvenation of the club under Ole Gunnar Solskjaer.

With Fernandes in the midfield, United suddenly became a well-organised team with improvement in the quality of each and every player. They finished in third position in the previous season and they are second in this. After Fergie’s time, this is the first consecutive top four finish for the Red Devils.

Fernandes in that time won the Premier League Player of the Month four times, becoming the only player to ever do so in a single calendar year. He has also broken Frank Lampard’s record of being the highest goal-scoring midfielder in a single season. He has scored 38 goals in 74 matches for United, besides having more than 20 crucial assists.

The impact of Fernandes is probably better captured in a simple statement.

Since 1st February 2020, United hasn’t lost a single Premier League Away match, right now being close to the record of Wenger’s Invincible team who had won the Golden EPL. With the Europa League final scheduled to be on 26th May, Bruno Fernandes remains the talismanic figure for Manchester United. He hasn’t yet won any trophy with the Red Devils and he is always hungry for silverware and to make the Red Devils capture their lost glory in Europe and the world. So, the Europa League will be a good start for him.

Net Worth, Career earnings and Salary:

Meanwhile, Bruno earns a base salary of £9,360,000 in 2020-21 season and is on a £100,000 per week base package. With a net worth of around 7 million Euros and a market value which is soaring at 99 million USD, it is set to go higher up with his performance, according to the comments of the football pundits and experts. ‘Super Bruno’ wears the Nike Mercurial Vapor 14 cleats in the current 2021 season and his endorsement with Nike is one of the highest points of his net worth and career earnings till now. Being ranked 11 amongst the highest-paid footballers currently, Bruno Fernandez has had a meteoric rise in his market value.. from 55 million USD transfer fee that United paid to purchase him to the 99 million USD fee that he currently stands at. He is also one of the topmost paid attacking midfielders currently, ranked just behind Kevin De Bruyne of the rival club Manchester City.