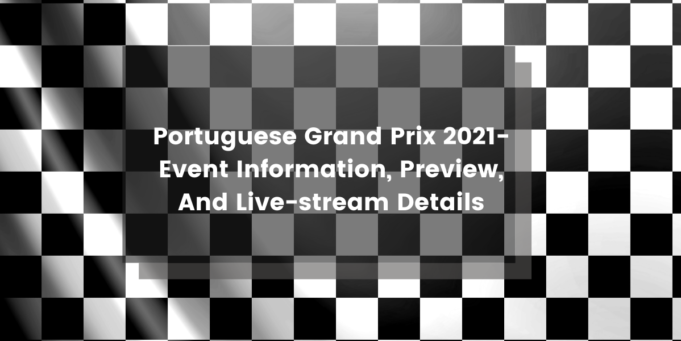 Formula One season 2021 is scheduled to be the longest season on record. The season started on 28th March in Bahrain International Circuit. The Bahrain race fulfilled all the pre-season promises of potential close competition and much more. In Emilia Romagna, the competition became more fierce. It is set to continue as such in the coming Portuguese Grand Prix.

The 18th Portuguese Grand Prix will start on 2nd May. The event was first included in Formula One racing calendar in 1958 and stayed there till 1960. It then again became part of the elite event from 1984 and remained till 1996. After a long hiatus, the event was revived last year only. The track for the event has also seen changes over time. At first, Boavista and Monsanto circuits were used alternatively. After its re-introduction to the elite championship, the Estoril circuit, situated just west of the Portuguese capital Lisbon, was used. Niki Lauda won his last championship on this track in 1984. The race returned to Formula One calendar in 2020 with Algarve International Circuit at Portimao. Lewis Hamilton won the race and became the winner of most number championships, 92, in Formula One history.

This year, the competition will take place in Algrave International Circuit at Portimao on 2nd May. It will start at 2.00 pm on Sunday.

Undoubtedly, the favorite for winning the race is Team Mercedes with their driver Lewis Hamilton winning the event in 2020. The primary challenger for the title is Red Bull Team, with their driver Max Verstappen coming ahead of Hamilton in the recently concluded Emilia Romagna Grand Prix. While there will be some advantages for Mercedes due to the track, in terms of car and power unit Red Bull is a little ahead of them. These two will be neck-to-neck again. Daniel Ricciardo and Lando Norris of McLaren are also close contenders with Norris showing impressive development in recent races. Ferrari’s Charles Leclerc and Carlos Sainz Jr. came in 4th and 5th places consecutively in the Imola circuit. They will hope to build on that performance and develop further. Fernando Alonso for Alpine and Sebastian Vettel for Aston Martin has not been in their best form in recent races. Many put this down to their relative lack of time in the car. Ricciardo and Sainz may also suffer because of this according to some people.

The 2021 F1 season has just begun. But for a fan of this high-octane, adrenaline-dripping action, you can never take a chance to miss out on it. Hence, we have compiled a set of live-stream details for your convenience. Watch your favorite drivers and teams wow the audience with blitzkrieg pace on the Portuguese circuit.

This could already be a known fact for most F1 fanatics. F1 TV is the ultimate place for the F1 devotees where they can access the live-stream action, replays of classic races, highlights, and much more for just 79.99 USD along with a 7-day free trial. Though the prices are subject to change across countries, F1 TV also brings you F2, F3, and Porsche Supercup live streams!

How to watch the Portuguese Grand Prix live stream from the UK?

How to watch the Portuguese Grand Prix live-stream in the US?

The US audience who are true fans of F1 has a superb offering in the form of ESPN, that is covering the entire 2021 F1 season live for people in the US. You can avail of the ESPN+ ott streaming service, which costs only 5.99 USD per month. Alternatively, you can watch ESPN along with many other sports and entertainment channels if you are subscribing to Sling TV or fuboTV packages. The Sling TV Orange bundle comes at just 35 USD monthly with an awesome 7-day free trial and covers ESPN. fuboTV is also a great choice for cord-cutters in the US as it brings ESPN and 120 other channels for a monthly subscription of 64.99 USD.

How to watch the Portuguese Grand Prix live-stream in Canada?

How to watch the Portuguese Grand Prix live-stream in Australia?

Though the Aussies have the option of the paid-for TV network FOX Sports, it is wise to go with the fast-emerging Kayo Sports network as it offers its basic package at a very meager 25 AUD per month along with a lucrative 14-day free trial!

How to watch the Portuguese Grand Prix live-stream in New Zealand?

Spark Sport is the ideal destination of the Portuguese Grand Prix 2021 for the New Zealanders. Paying a monthly subscription charge of 19.99 NZD will cover everything.

How to watch the Portuguese Grand Prix live stream from anywhere in the world?

Leverage the power of VPNs like NordVPN, CyberGhost, and ExpressVPN if the place where you are stationed is under a geo-block and can jeopardize the live-stream action from the Portuguese F1 circuit. The VPNs mask your IP and help you override the geo-block.

Another superb option is Reddit. Though it is primarily a discussion and news aggregation website, it doubles up as a video and live-streaming platform where you can get access to some of the most popular sporting content for free. You simply need to download the app for free, sign up, log in and find the relevant subreddit. Once that is done, you can use a feasible link to live-stream the action for free!