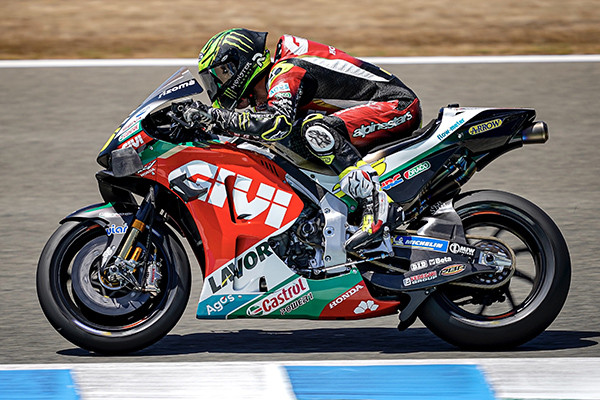 In a meeting held on Thursday 23rd July, a decision was unanimously adopted to amend the existing yellow flag rule. All the racers would have to slow down upon the display of the yellow flag.

Previously, it was mandatory for the rider to slow down on the display of double yellows instead of a single one.

Why is it being discussed?

It was observed that several riders including Fabio Quartararo gained on their lap times despite a crash. This brought forth an issue that needed resolving. In the meeting, the decision was made known to the three tiers of the Moto franchise. Motor Sports are extremely dangerous and should only be organized and regulated with the strictest safety measures possible. This was the motivation behind the rule change.

With optimum safety of the drivers being the paramount concern, new measures are being taken whenever possible. The suits are getting upgraded, even airbags have been placed in them to avoid injury if such a situation arose.

On FP3 Repsol Honda’s Marc Marquez had a run-in with a fellow racer who was lying on the lap as the Spaniard lifted off. Marquez was found not guilty of any malpractice as it was found that his conduct was in response to another yellow flag displayed in the sector as a result of the crash of Iker Lecuona.

The acclaimed driver himself later said that he “didn’t expect” anyone to still be on a lap at that point.”

The results of the change:

As always, no passing will be permitted on the display of a Yellow Flag. However, now it is prohibited to improve in sector time with even a single yellow flag, along with the pre-existing

double yellow flag rule. A breach of this rule will see the lap time of the impending racer being canceled.

The riders can resume racing to full speed and overtaking once they pass the green flag.

Petronas Yamaha franchise’s Franco Morbidelli was heard chiming in his support towards the newly taken decision as he stated “I agree with this rule because it increases the safety.” He said that this would be the established thing from now on for practice and for qualifying, while it would be the same age-old thing for racing.

The aftermath of the change:

The rule amendment which has been taken in the best interest of the racers’ safety has received its fair share of praise but doubters have not been afar as well. “We’ll see about this new rule. I don’t 100% agree with it,”  said Jack Miller who finished fourth at Jerez. The Ducati driver has appealed for ‘common sense’ to be applied at such situations rather than ‘to immediately scrap the laps’ citing the limited tires at disposal.

Now with the decision being branded as “not the right idea”, MotoGP enthusiasts will have their eyes glued to the action to figure out how the new decision pans out.