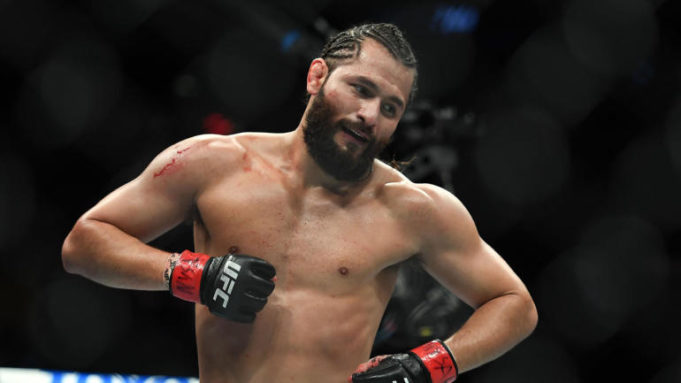 The reveal trailer for EA Sports UFC 4, the latest title in the company’s UFC series, was dropped recently by EA, along with the release date. Israel “The Last Stylebender” Adesanya and UFC welterweight contender, Jorge “Gamebred” Masvidal; two of UFC’s top players at the present, will be adorning the cover of this title. The game is also reported to have included boxers Anthony Joshua and Tyson Fury as bonus playable fighters. A feature to look out for in this game will be the “create a fighter” mode. This will allow players to build a career around the fighters of their choice and make legends out of them in the game world.
Long-standing followers of the sport will be well aware of the infamous “UFC cover curse.”
This is one of those sports myths which are as unbelievable as they are hard to debunk. Over the years, it has been observed, that the fighters who got featured on the UFC video games’ covers have immediately afterward, tanked their performances. Some might call this superstition but it keeps happening nonetheless.
Many people took to Twitter after the reveal trailer was released, expressing their concern and fearing that the curse might continue with UFC 4 and it was not long before all of their fears were realized with the defeat of one of the cover duo.

It seems the UFC cover curse is not yet done as Masvidal becomes the latest fighter to fall prey to it. Jorge immediately lost the very next fight he had against Kamaru Usman in the UFC 251 Welterweight main event, after the news of him being featured on the cover of UFC 4 was announced. Jorge Masvidal holds a gigantic record of 35 wins and 14 losses, although he is yet to win a championship title.
Even more curious is the fact that Usman was not even supposed to fight “Gamebred” Masvidal in that event. The fight was scheduled to take place between Usman and Gilbert Burns. But as fate would have it, Burns’ trainer tested positive with COVID-19. UFC president Dana White decided to bring in Masvidal to replace Burns, rather than letting the event go to waste. Sounds like a pretty cursed turn of events.
Since then the Twitter world has been taken by storm with discussions on the curse and speculations regarding the fate of the other fighter sharing space with Masvidal on the cover of UFC 4. People have come to the social media platform stating things like, one should never bet against the UFC cover curse. It seems the masses take this curse very seriously, and not without good reason.

Following this, Adesanya has reportedly refused his fight against Costa. This has expectedly given rise to some uproar, with people ridiculing Israel. However, it is probably understandable to a degree, given the circumstances, why the “Last Stylebender” would choose to bend the knee this one time, not so stylishly. It is notable that Adesanya has a perfect victory record in UFC. With the social media going crazy about the UFC curse and people twitting about how they can’t wait for him to fall prey to the curse after Masvidal, it is enough to psychologically bring down a fighter’s resolve. Although there have been a few encouraging messages from the fans too, urging Izzy to become the one who breaks the curse. However, it seems the fighter himself has decided to wait things out rather than taking the heat head-on.