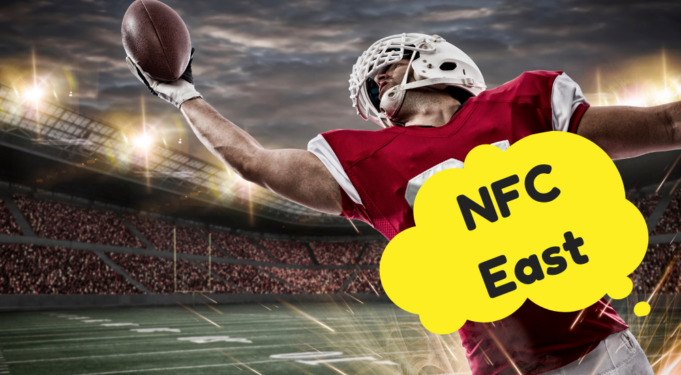 The NFL season 2021 is about to start and there is already a significant buzz around the various divisions of the tournament. Amongst all the divisions, NFC East is considered to be the most competitive. It is not a new phenomenon as anyone familiar with the division knows that NFC East didn’t have a repeated winner since Philadelphia Eagles won in the division in 2004.

Additionally, all the biggest teams in the division were scarcely able to finish with a winning record in the last season. This invariably indicates that there is lots of room for development for the franchises of the division.

The Washington Football Team is considered as the defending champion in the division by default as they finished last season with a 7-9. As there has been no repeated winners in the division for sixteen years, their hope of retaining NFC East Championship title is considered slim, yet not negligible. They have upgraded their offensive ability considerably.

They added Curtis Samuel and Dyami Brown at the wide receiver which will boost their speed. They arguably have the best defensive combination in the division which is further reinforced by the addition of cornerback William Jackson III and linebacker Jamin Davis to solidify the group playing behind the defense.

These intelligent maneuvers in personnel have been further strengthened by the addition of quarterback Ryan Fitzpatrick and second-round tackle Samuel Cosmi. So, this bolstered offensive ability paired with their outstanding defensive performance may result in unthinkable repeat winning for the team.

While the Washington Football Team has strengthened themselves, the other teams have not lagged behind. Dallas Cowboys are deemed favourite to win the division title in early betting trends. They haven’t added much in free agency in the off-season and will depend on rookies in improving the performance of Co-ordinator Dan Quinn’s defense.

Despite this, they have arguably the best offensive capability in the division, which will only be strengthened if quarterback Dak Prescott can keep himself fit over the full season. Apart from Prescott, Cowboys boast considerable talent in the offensive department with confident offensive linemen Tyron Smith, La’el Collins and Zack Martin. Running back Ezekiel Elliot will also look to upgrade his performance. But much will depend for them on whether coach Mike McCarthy can get the best out of the defensive combination he has at disposal.

Additionally, the return of Kadarius Toney and Azeez Ojulari from injury will further strengthen the squad. It is expected that quarterback Daniel Jones will perform better with all these talented individuals alongside him in the second year of a settled offensive system.

The Philadelphia Eagles had been in shambles last season with quarterback Carlos Wentz arguably the worst quarterback in the NFL. Since then, Wentz has departed the franchise along with coach Doug Pederson.

New quarterback Hurts alongside the first-round pick DeVonta Smith are expected to perform better and will be expected to ignite creative ideas in the offense. New coach Nick Sirianni will also be under the spotlight as he tries to develop the offensive line returning from injuries.

They have won the division title for most number of times (9) since 2020. They will hope that their performance this season at least pays homage to that record in this new season.