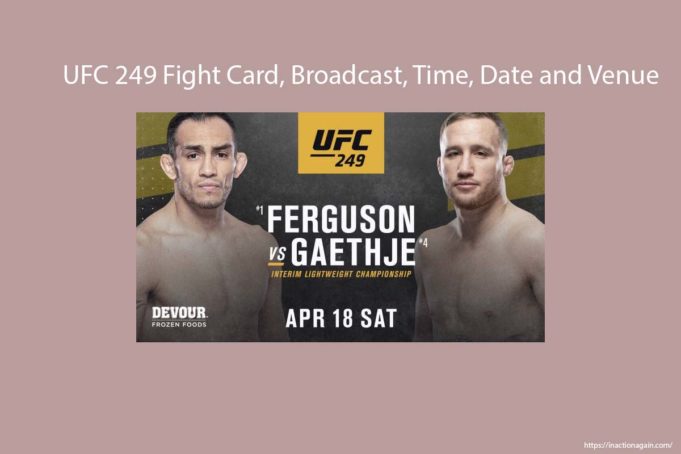 April is the season for most games and sporting activities taking place in the world. With that being said, the Ultimate Fighting Championship is about to bring its audience the much-awaited UFC 249, which would be a mixed martial arts event on the 18th of April, 2020. While we can’t keep calm about the event, there are a few things you should know about the game as well that will help you decide how your experience is going to be.

In this article, we will talk about the excitement surrounding the UFC 249, where and when it is going to take place, in addition to the broadcasting updates and even share with you the fight card for all contestants participating and fighting each other to win the trophy. So what are you waiting for? Let’s move on to the next segment to know what the event is all about. 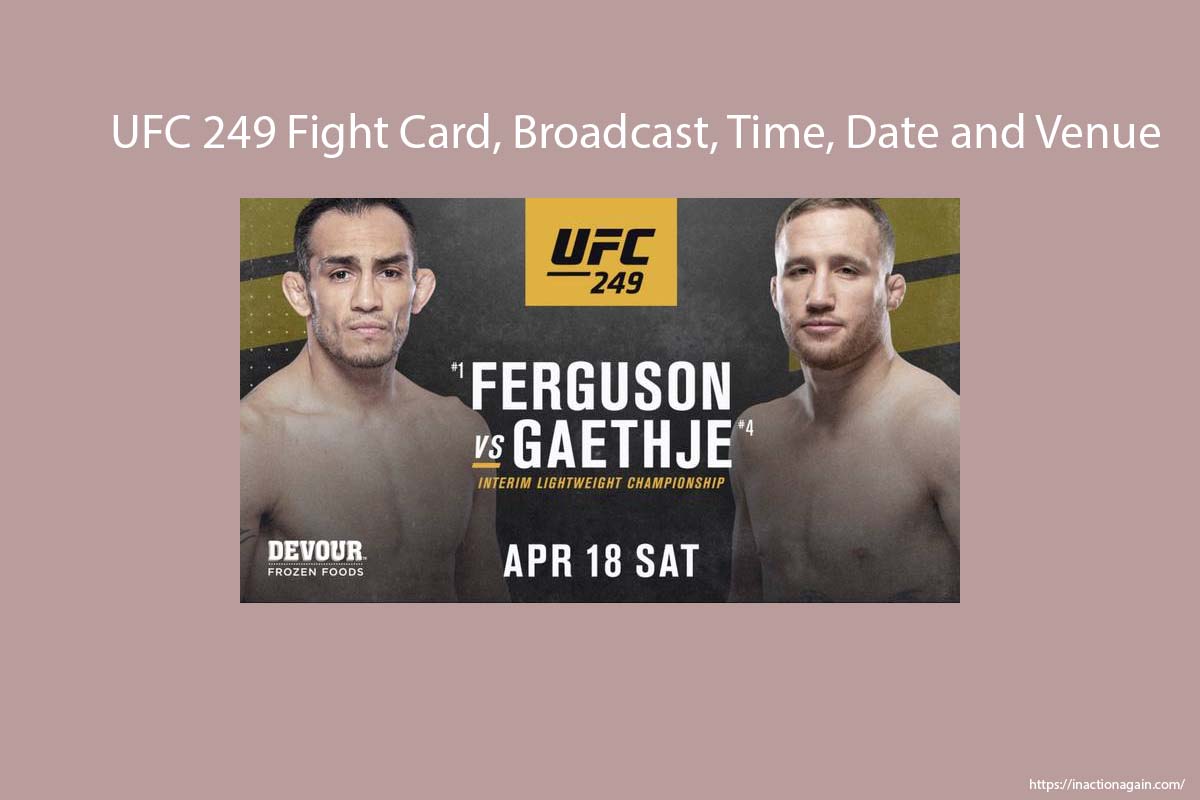 The UFC 249 was about to kickstart with a headlining lightweight bout between Khabib Nurbagomedov and former interim champion Tony Ferguson. Ferguson is renowned as the Ultimate Fighter: Team Lesnar vs. Team dos Santos welterweight winner. Unfortunately, this bout has been canceled for a fifth time over the years, now all the more because of the coronavirus pandemic (2019 – 2020) that is affecting the world. Previously, this bout has been canceled and delayed four times in the last four years.

Another bout was supposed to happen between Jeremy Stephens and Calvin Kattar in UFC 248. However, it got rescheduled for this event, though not officially announced. Another heavyweight bout was supposed to take place between Shamil Abdurakhimov and Ciryl Gane this April. However, the latter had to pull out from the event in March itself due to his pneumothorax illness. The UFC officials have still not given a clarification as to whether there will be a replacement for Gane or not.

Similarly, the world was about to witness a welterweight bout between former Bellator Welterweight Champion Lyman Good and Belal Muhammad. This time, Good pulled out of the game in March due to an injury and there is no update on his replacement so far. This brings to mind how unpredictable the games can be as the event still stands as dicey, due to the novel COVID-19 outbreak.

The Impact of the Coronavirus Pandemic on the UFC 249
Dana White, the UFC president, declared on March 16th that the event was supposed to take place whereas the location might change. Shortly after, on March 18th, the New York State Athletic Commission declared that the event would take place in Brooklyn, New York. However, because of the massive coronavirus outbreak affecting thousands in the city, a new venue has been decided as on March 23rd and the event would most likely be held behind closed doors.

On March 30th, Khabib Nurmagomedov states that he was stuck in Dagestan and would not be able to make it due to country restrictions for the coronavirus pandemic, unless a method could be arranged. However, at the start of April, he declared that even that seems unlikely. Currently, the UFC officials will sough after a new replacement for Nurmagomedov.

Stay up to date with the game by having a look at its Fight Card below. We cannot wait to witness these contestants battle it out to become the ultimate champion of 2020.

As exciting as the matches are going to be, we hope our champions remain safe and healthy before, during and after the event. We are hopeful that the event takes place as scheduled if things become better as the coronavirus outbreak subsides. We call all these heroes champions already because no matter what happens, one fine day they will come against each other in the rink to win the ultimate trophy.