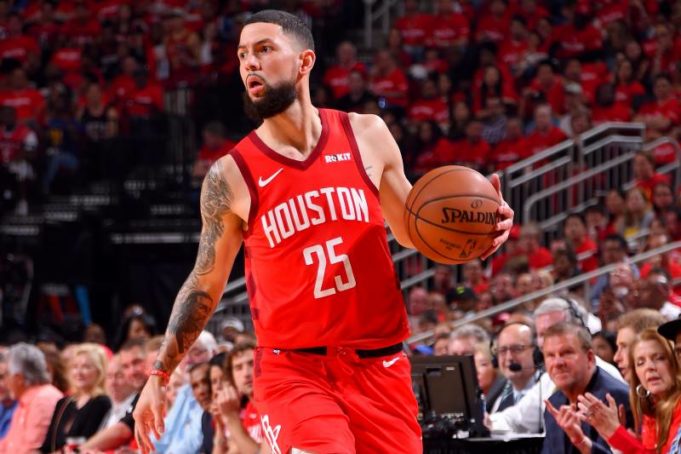 The return of pro-basketball in the form of the NBA is going to excite the sports lovers and the basketball fanatics across continents. With the rest of the sporting world coming to an unprecedented pause mid-March owing to the Coronavirus pandemic, the NBA also faced the music and shut down. But in the first week of June, the league’s owners and the players agreed unanimously to resume action this summer and do good work for the final portion of the NBA.

The schedule of the remaining portion of the league:

The schedule of the league is going to be quite hectic as the NBA resumes its course of action on July 31st. Since then, the 16-day affair that sees the return of the league will find 22 teams battling it out, with five to six games played per day and each team playing its matches back-to-back. A prospective play-in tournament for the 8th spot is on the cards if the 9th team finishes within four games of the 8th seed. A series will find these two teams match up against each other with the team with the stronger records requiring a single win and the one with the weaker records needing two wins in a row, to secure their position in the NBA 2020 Playoffs.

The league’s owners have planned to condense the postseason by shifting the start dates as close to each other as they can be but every series will be the usual best-of-sevens. The Finals are also going to be stuffed as two games per day, so it will not be more than two weeks after the Conference finals are over that a champion can be declared.

The venue of the NBA restart:

The NBA players and league owners have agreed that they will host the entirety of the eight-game regular season and the Playoffs at the ESPN Wide World of Sports complex situated at Walt Disney World, Orlando, Florida. The NBA games will have three courts for use, and there would be a four-hour gap within each game that would be used for effective sanitization, overtime, and warm-ups.

The 2020 NBA restart schedule and the participants involved:

All the 22 teams that have been included in the abbreviated NBA season return will mandatorily play eight seeding games to help determine the 2020 NBA Playoff bracket. Each team is scheduled to play those opponents that it would have faced before the lockdown took effect. Although, since eight of the 30 teams have been left out, those teams that have a schedule with one of the eliminated will just move in line to their next game. In this way, four teams, namely the LA Lakers, Miami Heat, Orlando Magic and Portland Trail Blazers will not be able to complete their quota of eight games and will face off against one another to finish their pre-assigned quota of games.

On 31st July, Utah Jazz gets confronted by the New Orleans Pelicans at 4 am while on the same day at 6 30 am, LA Lakers hosts their city rivals and arch-enemies LA Clippers. On the 1st August, you should brace for a flurry of games that will take you on a rollercoaster ride. The first game gets played between Orlando Magic and the Brooklyn Nets at 12 am, while the Portland Trail Blazers take on the Memphis Grizzlies in the following game at 1 30 am. The Washington Wizards will take on the Phoenix Suns while the fourth match is between the Boston Celtics and the Milwaukee Bucks. The San Antonio Spurs take on the Sacramento Kings later that day, followed by a matchup between the Dallas Mavericks and the Houston Rockets and another between the Denver Nuggets and Miami Heat.

On the following day, the action begins with Utah Jazz taking on the Oklahoma City Thunder and the LA Clippers standing up against the New Orleans Pelicans. The Philadelphia 76ers will be facing the Indiana Pacers while Toronto Raptors will be battling it out against the fabled LA Lakers. The day will be concluded with the final match between the Washington Wizards and the Brooklyn Nets.

The following Monday, 3rd August has a number of high-octane matches with the Boston Celtics starting off the action against the Portland Trail Blazers while the Memphis Grizzlies battle it out against the San Antonio Spurs. Orlando Magic faces its next game against Sacramento Kings while the Milwaukee Bucks match up against the Houston Rockets. The next thriller is going to be between the Dallas Mavericks and the Phoenix Suns, while Toronto Raptors will be facing the Miami Heat in the final match of the day.

The action continues on the next two days as well, with all the eastern and western conference teams battling it out for the ultimate glory. As you keep on cheering the crowd favorites like Lebron James, Kevin Durant, and Anthony Davis, the MVP Russel Westbrook will be trying to justify his spot in the draft. Get ready for a scintillating course of action and an adrenaline-packed couple of weeks as the world of basketball takes you for a spin and slam dunks you for good!