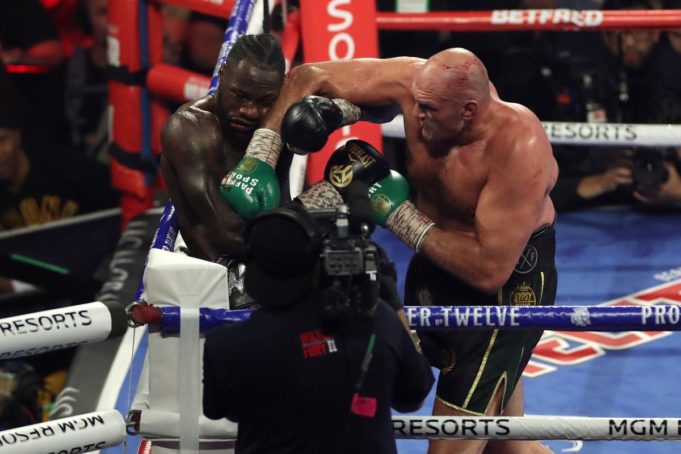 If you feel that one of the most exciting things about the ancient ages is the gladiator fights, then you are definitely one of those zealots who will watch mixed martial arts fights with rapt attention. Thankfully, you have a savior in UFC, who brings forward the most unadulterated form of the vicious and adrenaline-packed action in the form of mixed martial arts bouts. But unfortunately, the COVID-19 pandemic had taken its toll on the mixed martial arts and the UFC universe just like it did on other sports. This ferocious sport encountered a shutdown like all others and was severely affected. But all the adrenaline junkies would love to thank the Ultimate Fighting Championship authorities for refusing to take their foot off the gas and staying adamant in bringing you the best of action this summer.

The live streaming of UFC pointed to its resumption:

Undoubtedly the biggest promotional organization in the world of mixed martial arts, the Ultimate Fighting Championship hosted UFC 249- a night of thrilling fights in the wee weeks of May. The VyStar Veterans Memorial Arena in Jacksonville, Florida witnessed a pay-per-view match, with the viewers interested to watch the event had to log in to ESPN Plus and subscribe to the screening at USD 64.99.

The most important facet of the live streaming of UFC included encouraging the sporting world and the organizers to pull up their socks and turn around in the face of the pandemic. Billions of dollars have been lost in the form of market and viewership rights of sporting events and the loss has been incurred by the competition organizers, marketers, officials, broadcasters, brands, and most importantly the competitors. So when the UFC supremo Dana White confessed to not sitting back and announced the pay-per-view live streaming of the event, every other eye were transfixed on the participants who took immense health and reputational risks to return to the ring.

UFC boss Dana White was determined to keep the action of this pro-sport going and therefore refused to have his feet off the gas. He declared that the fabled Fight Island would happen in July, with major showdowns and all the action to happen behind closed doors. The entire UFC phenomenon had continued from May 9th till July 16th, since its postponement due to the coronavirus pandemic.

July 26th will mark the return of the UFC, with all the action taking place behind closed doors. It will also host one of the most epic UFC episodes ever, with every clash to be hosted at the premium Yas Island, Abu Dhabi, UAE. While Robert Whittaker faces off against Darren Till, Mauricio Rua takes on Antonio Rogerio Nogueira. Fabricio Werdum battles it out against Alexander Gustafsson, Carla Esparza takes on Marina Rodriguez and the day concludes with a face-off between Paul Craig and Gadzhimurad Antigulov.

The MMA action returns next week with August 1st being the date on which four clashes will happen behind closed doors at the UFC Apex Center, situated at Las Vegas, Nevada.  Holly Holm starts the proceedings against Irene Aldana, Derek Brunson takes on Edmen Shahbazyan, Markus Perez takes on Eric Spicely, while Trevin Giles wraps up the day with taking on Jun Yong Park.

The same venue that hosted Fight Night 173, is the stage for UFC Fight Night 174 on August 8th. Derrick Lewis takes on Aleksei Oleinik, Chris Weidman battles it out against Omari Akhmedov, while Wellington Turman is pitched against Andrew Sanchez and Nadia Kaseem confronts Miranda Granger.

It only gets bigger and better, with clashes between the Valiants continuing all August, on August 15th, 22nd, 29th, and leaps onto the month of September. Rest assured, you will never have a shortage of action, with the biggest stars in the Pro fighting scene land the jabs and hooks of entertainment for the next few months.