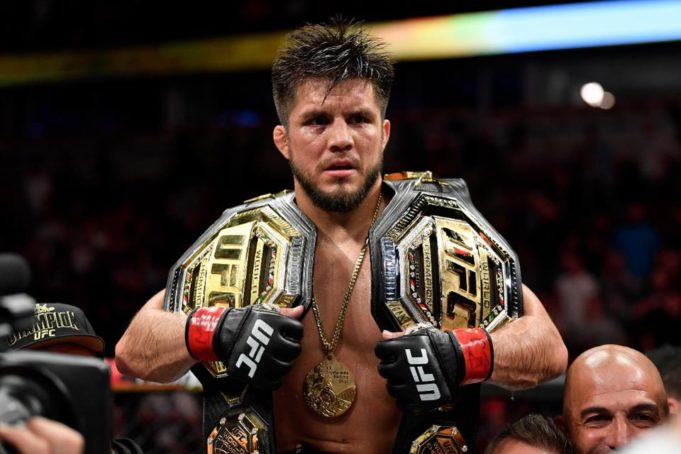 The novel coronavirus pandemic sent the whole world into a state of standstill, with sports and entertainment suffering immensely from it. UFC was left in suspension with Dana White, the UFC chief, foraging for a new venue where the sport could continue and expand.

The grass is greener on the other side:

In White’s attempt to look for a site to host his bouts, he struck a deal with Abu Dhabi where he’ll be given a private ‘Fight Island’ for all his UFC activities. The island in question is named Yas Island, which has also hosted Abu Dhabi Grand Prix in the past.  A vast stretch of 10sq mile will be assigned solely to the fighters, coaches, staff, and other personnel as safety remains the deal’s point of emphasis. It’ll have all the necessary amenities required for the athletes.

This decision has come as a result of the travel ban imposed by the U.S, shutting down its borders to restrict the entry of people from abroad. Saeed Al Saaed, the Marketing Director,  Abu Dhabi Department of Culture and Tourism has stated that they’ll extend their total cooperation towards White’s efforts who say that he looks forward to making Abu Dhabi the ‘fight capital of the world’.

The exciting prospect of Abu Dhabi as the prime UFC showdown venue:

It is a safe zone with everyone residing or entering it undergoing strict and regular safety protocols. Tens of thousands of tests are being carried out on the athletes, support staff, and other employees who are present at the location. The organizers have arranged for 1.5m sanitization tunnels in an attempt to eradicate the risk of infection to its optimum.  Fight Island hosted UFC 251 on July 11th and will hold its last UFC event of 2020 today, 25th July, with a match between Whittaker and Till. The UFC supremo has delivered on his promise of an octagon on a beach, which is exotic and appealing to a different level.

The exhilarating comments to the press:

Dana White has not ceased to sing the praises about the newfound collaboration. The UFC boss has reiterated how he “literally could not say enough good things about this partnership. Literally everything has been perfect. When you look at what we’re dealing with and the circumstances going on, there’s nowhere else;  these guys are the best at what they do. Nobody does it like Abu Dhabi.”  White mentioned in “Talk the Talk” podcast that “It’s f—ing insane to even be trying to do this” indicating at hosting the event at an isolated island with only the essential personnel present but pointed out that it is a  giant step for the sport as he believes it’ll be crucial for the sport’s expansion and financial growth.

In another interview to the Gulf News, White mentioned that “People thought this Fight Island thing was three or four fights and that’s a wrap, that’s not true — we’re here to stay” while stating that Abu Dhabi is the best at what they do, stripping the status off of Las Vegas to be the World’s “Fight Capital.”

The DCT has stated that this is a learning experience for them right now as they remain keen on hosting marvelous events such as this to attract international tourists once the health protocols permit. Till then, they’re fully committed to test, learn, and share their knowledge with the rest of the sporting world.

Both the parties involved appear to cherish the newly bloomed association, as a five-year agreement has been penned between the DCT Abu Dhabi and UFC, to host one event per year in the gulf country in the hope of this becoming an ever thriving endeavor.